I recently finished a buttload of books. And by recently I mean in February/since the last time I made one of these posts. My huge long list includes: Inhale by Kendall Grey, Everblue by Brenda Pandos, The Scourge, The Keeper, and The Defiance all by A. G. Henley, Cress by Marissa Meyer, Divergent by Veronica Roth, and The Rich and the Dead by Liv Spector. I realize that the last is the only one I’ve put a review up of. I have written reviews for most of the other listed (and a few yet to be written). I hope to have those up in the next two weeks.

I am currently reading A Little Night Magic by Lucy March. I put it down because it was starting to get a bit too cheesy (but I will finish it soon hopefully) and I recently picked up Siren by Tricia Rayburn on a whim. Mostly because that cover looked awesome and I had recently purchased it 🙂 I’m also slowly reading a manuscript for a friend.

Up next is probably Attachments by Rainbow Rowell or Bare to You by Sylvia Day. Haven’t really decided just yet.

1. Go to an author signing – I got really close this year when Marissa Meyer came nearby for a book signing but unfortunately due to life events and plane tickets I couldn’t make it. 😦

3. Read the Lord of the Rings trilogy – I started it during high school and have always wanted to read it myself. My father actually read this series to me as a bed time story when I was little. I remember loving Tom Bombadil and wondering why the meeting (when they are deciding who will take the Ring to Mordor) was taking so long. (It’s because I kept falling asleep after a few paragraphs. I swear we were reading that part forever).

4. Visit the Green Dragon Pub – Another LoTR related item. I really want to visit the set where they filmed the movies and I know they recently made the Green Dragon an actual pub so I want to go there and have a pint.

5. Read a book published by a friend – I have read a book (or beta-read) for a friend before. But this one is geared towards a specific friend. She’s an amazing writer and has a great idea for a book but hasn’t actually sat down to write it. I hope one day she does and that I can hold her book in my hands and read it.

6. Read a novel in a different language – I actually bought a couple books in French for this reason. I also have a few in Japanese and Chinese. Not sure which language to start with though. (Maybe I should try reading Harry Potter >>)

7. Travel to a remote location that was mentioned in a book – I don’t have anywhere specific in mind. But I do like to travel 🙂

8. Visit a location where a favorite book of mine was written – Not like the one above, I’m talking about where the author sat and physically wrote said book. I want to go to there (wherever that may be).

9. Meet J. K. Rowling – I feel this is fairly self-explanatory

10. Own a personal library – I want like a full floor or maybe I’ll just buy two houses next to each other and build a hallway/walkway between the two. One will be my house, the other my library >> 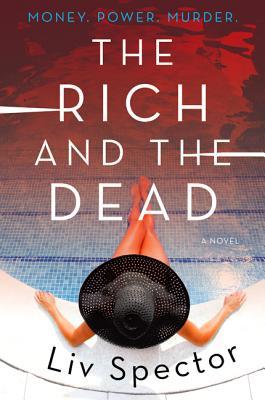 In exclusive Star Island, Miami, money and power can’t protect you… In collaboration with branding powerhouse Alloy Entertainment comes a thrilling new series featuring a former Miami PD detective on the hunt for a mass murderer, who must face the past she thought she left behind.

On New Year’s Day 2015, twelve powerful, wealthy people were found dead—shot in a lavish Star Island estate. In 2018, the murderer remains at large.

As a detective and lead investigator on the case of the century, Lila Day was consumed by her hunt for the Star Island Killer. But that was before she was pushed out from the force, and her life unraveled.

Years later, down on her luck and no longer a police officer, Lila is approached by mysterious billionaire Teddy Hawkins. He has a job for her, he says—solving the Star Island murders. Lila laughs. After all, how do you solve a crime when all the leads have long grown cold? The answer, Teddy tells her, is to be there before it happened. He is going to send her back in time.

With nothing left to lose, Lila travels back in time to 2014, determined to stop the Star Island killer once and for all. There’s one catch: she must gather the evidence to bring the murderer to justice in her own time, without trying to save anyone. Easy enough, until she starts to care for the people who are destined to die. Now Lila must be willing to say good-bye—or risk setting into motion events that could change the future forever.

“Lila slipped Kiyoshi a hundred-dollar bill with the instructions to ‘make those drinks as stiff as a corpse.'” – The Rich and the Dead page 87

I picked this book up on a whim and was immediately drawn in by the cover and the title. The cover is absolutely gorgeous and I love both the simplicity and use of colors. The title is perfect for this novel and really catchy in my opinion. I’ve never heard of Liv Spector and for her debut novel it was very well done.

The writing is perfect mystery novel writing. It sucks you in and gives you the perfect mix of detail, dialogue and intrigue. It was so easy to just wrap yourself up in the mystery and go on this adventure with our protagonist – Lila Day; also known as Camilla Dayton. I loved seeing how she had to adjust, not only to having time traveled and being over three years in the past, but also to change her entire persona to adjust to the lives of the 1%.

The mystery was also very intriguing. I liked the idea of this secret society of philanthropists who donated money to charities every year. I was really curious to find out not only who killed the twelve victims but mostly what their motive was. I’m glad to say that I had no idea about the motive until the last 20 pages. I accidentally guessed the person as a ‘it would be funny if ___ turned out to be the killer’ kind of incident. I really liked how Spector made it that (despite this random guess) I still didn’t really think it was said person until the end. The idea had just flitted through my mind and then I was back to wondering who could do it and why.

Even though you have to wait until the very bitter end to find out everything, and it may seem like the mystery was dragging on, it never felt that way. I was swept up with each new lead and each new possibility, all the while wondering and wanting to know. The story just flew by and before I knew it the big reveal was happening and I couldn’t read fast enough.

Liv Spector’s debut novel has met all my expectations. The description made me want to read this book immediately and I’m so glad I got a copy. I absolutely loved it and loved Spector’s writing. It seems on goodreads that there might be another novel with our lovely Lila Day and I really hope that’s true. Regardless I do plan to read anything else Spector publishes.

The Rich and the Dead was published March 18, 2014 and is currently available on Amazon (Kindle|Paperback), Barnes & Noble, and The Book Depository.